It was one of those thankfully rare moments that engrain in the minds of those who experience them the memory of the exact place and time they heard the news.

September 11, 2001, was a Tuesday. In the Utah Salt Lake City South Mission, where I was a missionary at the time, that meant it was preparation day. It was a beautiful late summer day in Salt Lake. The intense heat of summer had made way for more moderate temperatures, and the day was going to be clear and rainless. My companion, Elder Busenbark, and I didn’t have any big plans for the day; other than our usual grocery shopping and other errands, we also planned to attend an endowment session at the Jordan River Utah Temple.

I woke up that morning to the sound of a TV playing loudly a floor above me. That wasn’t really anything unusual. After all, from our apartment in the basement of 2361 East 10225 South in Sandy, Utah, we were used to hearing all sorts of noise from the family upstairs: late-night vacuuming, late-night piano practice, late-night arguments. Okay, so I guess it was sort of unusual that the noise was happening early in the morning rather than late at night.

What was also unusual was that I was hearing Tom Brokaw’s voice. (I’m a bit of a news junkie, so I recognize these sorts of things.) Mr. Brokaw was the anchor of NBC Nightly News—essentially the network’s main news man. Since he was speaking on The Today Show, which usually carried lighter fare than NBC’s evening newscast, I knew something serious must be happening. But I had no idea how serious.

A short time later, as Elder Busenbark and I were getting ready for the day, we got a call from our district leader, Elder Barnes. He said that something major was happening in Washington, D.C., and that our mission president, President Carpenter, had instructed all the missionaries the go watch the news. (President Carpenter, before being called as our mission president, had been the stake president in Annandale, Virginia, a suburb of D.C., and had had a career with the Navy. I believe he worked for a time in the Pentagon before he came to our mission.) Being told by our mission president and district leader to watch TV was definitely an unusual instruction.

It would be some time before we would be able to watch a TV—we didn’t have one in our apartment, of course—and, not realizing the gravity of what was happening, we were in no rush to find one. But I did have a small stereo that a family in my area had given me. (Before they gave it to me, I had nothing to play the CDs that we were allowed to listen to as missionaries.) It happened to have a radio, so I turned it on and found a news or public radio station. The announcer said, “The World Trade Center in New York is now a pile of rubble.” I was wondering what part of the World Trade Center she was talking about. It must have been a smaller nearby tower that was part of the complex. Yes, that’s it—the Twin Towers are just too big to collapse like that.

Still not realizing the importance of what was happening, we went about our preplanned activities. The person who gave us a ride to the Jordan River temple mentioned it to us. But not seeing these images play out in real time—the World Trade Center towers burning, the Pentagon burning, people jumping, people fleeing the collapse—we were a bit oblivious, really. We didn’t realize what the rest of the country and the rest of the world were going through.

It turned out to be a perfect day to go to the temple. And it was good we went in the morning. The Church—which, like everyone else, truly had no idea what was happening or what else could happen after seeing passenger planes crash into the Twin Towers and the Pentagon and a fourth one crash in a random field outside Pittsburgh, Pennsylvania—closed its temples along the Wasatch Front that afternoon. (Utah and the Church also tend to overestimate their stature as terrorist targets.)

As we returned to our neighborhood on Salt Lake’s East Bench (our apartment was actually well outside our area), neighborhood streets began to be lined with American flags. They were placed by Boy Scouts, who, as a fundraiser, normally set the flags in paying families’ front yards on major holidays. I guess they decided that they should be out on this day, too. They were right.

We went to the home of a nearby family to do our laundry. It was there that we saw the images for the first time. As video of Lower Manhattan displayed on the screen, the father pointed to a column of smoke and said, “This is where the Twin Towers were.”

That evening we went to a home in our area to watch President George W. Bush’s televised address. As we left, we heard someone in the neighborhood play “Amazing Grace” on bagpipes. Later that evening, we met the person who played it. He was a high-school student in our stake, and he said that his mother had requested it. In fulfilling his mother’s request, he expressed what all of us were feeling; after witnessing that day’s unprecedented events, we were all in need of a little more grace.

In the ten years since that day, no terrorist attacks have been carried out in the United States. There have been some attempts—the “underwear bomber” subdued by a fellow passenger on Northwest Airlines flight 253 as it landed at Detroit on Christmas Day 2009, or the attempted car bombing of New York’s Times Square on 1 May 2010—but, thankfully, no successes. In that sense, America has won the “war on terror.”

But if the terrorists’ mission was to change Americans’ worldview—there probably isn’t anyone who lived through the events of that day and their aftermath who hasn’t longed for the world of 10 September 2001.

2 thoughts on “Where we were: Dustin” 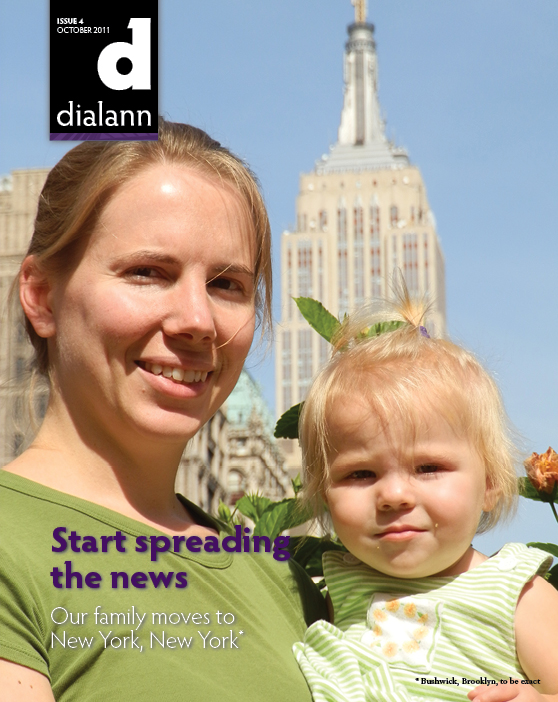